In Memory of Bud Paddock, Retired Board Member

With the news of the recent passing of B.D. “Bud” Paddock, his MVEA family is deeply saddened. We would like to take a moment to recognize a man who has been a large part of MVEA’s history. A man who witnessed tremendous changes in our industry, put MVEA members at the heart of his decisions in the boardroom, and was part of our story for 47 years, serving on the MVEA Board of Directors.

Bud embraced the position by not only serving as an MVEA Board Member, but, for 27 years, he took extra steps to be involved in power delivery throughout Colorado by serving as a member and past president of the Colorado Rural Electric Association (CREA) Board of Directors. He also served as MVEA Board Vice President from 1988 through 2014.

As a dedicated elected official serving MVEA’s co-op members, he was proactive in learning about the issues facing electric co-ops, such as rate stabilization during the economic ups and downs of the 70’s and 80’s, and securing a reliable source for more power to serve the growing demand of MVEA’s membership. When Bud began his tenure as a director in 1971, MVEA had less than 7,000 meters, about 3,000 miles of energized line, and five substations. During his time with MVEA, Bud was instrumental in developing programs that support the economic development of rural communities as well as energy efficient and renewable energy programs. Bud continuously supported members by striving to keep rates as low as possible, while maintaining reliable electric service. Notably, Bud was a member of the Board that issued MVEA members their first capital credits checks in 1979, a fact that brought a humble smile to his face.

Bud had deep roots in MVEA’s service territory and the rural communities that he served. After graduating from high school in Rush, where he played basketball, Bud joined the U.S. Air Force and fought in the Korean War. After four years, he returned to the family dairy farm and ranch in Ellicott. In addition to working the family ranch, and time spent serving on the MVEA Board of Directors, Bud also worked for the U.S. Post Office Department where he retired after 30 years of service. He lived on the family ranch in Ellicott, where he and his wife, Ramona, who preceded him in death, raised their three children (Kevin, Susan, and Stuart). Bud was a proud grandparent and loved spending time with his 10 grandchildren and 8 great-grandchildren.

He was once asked what he remembered most over a career that witnessed tremendous changes in the industry. During his retirement interview he replied, “It is the people that we serve and the employees that I have met and worked with that have made it memorable.”

Bud, it was truly an honor to work with you. Everybody who worked with you over the years, at the local, state, and national level held you in the highest regard due to your honor and integrity in both serving and leading. On behalf of all of us at MVEA, thank you for your years of dedication to the co-op. You will be greatly missed. 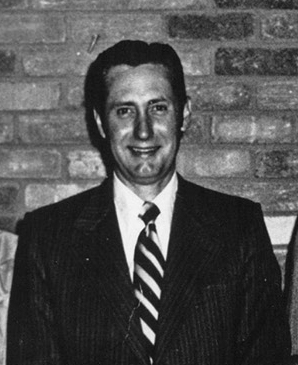